Time for a new gang - like i really need more - but hell yeah!

These are by Wargames Foundry and are rather fine , nice and clean castings, not too much fussy detail , and mounted and foot figures to match. 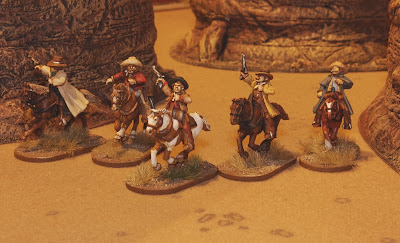 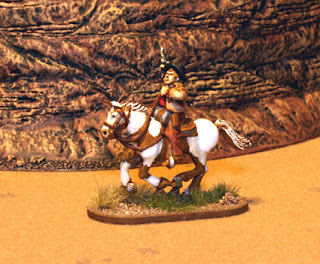 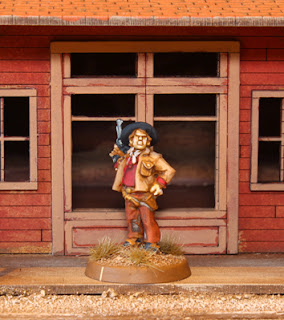 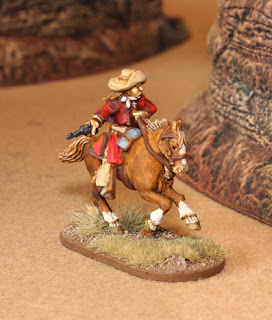 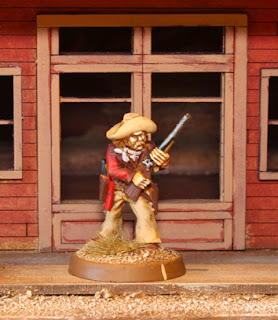 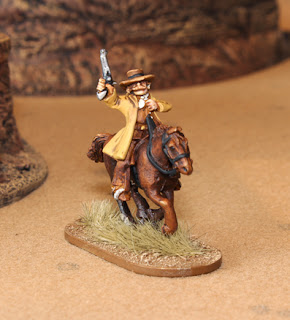 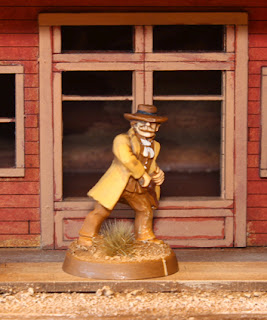 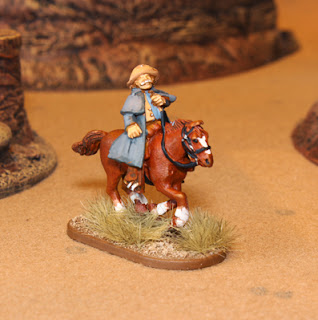 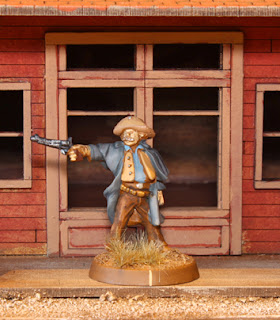 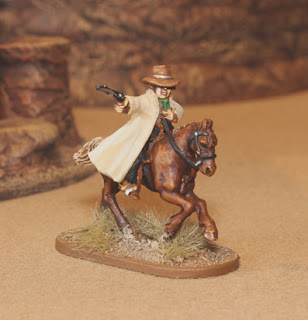 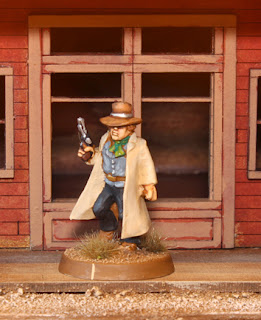 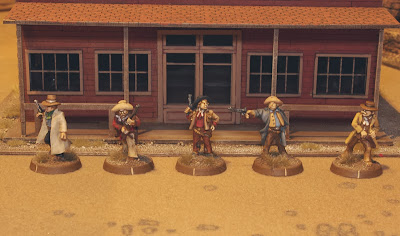 A couple of new Cowboys.

A couple of new cowboys completed inbetween various amounts of preparation works at the moment, just break the monotony, and so i can get some in on the Old West Painting Posse on the Lead Adventure Forum.


The free figure from Galloping Major 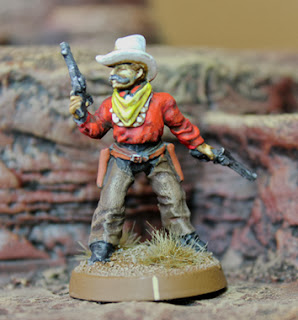 And from Great Escape Games ... hmm could be Django.. 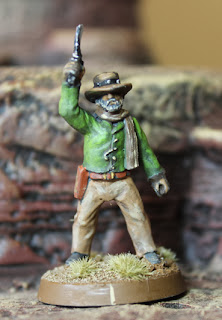 From Galloping Major - the U.S. Cavalry 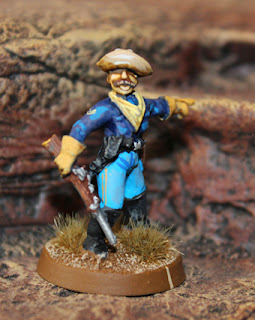 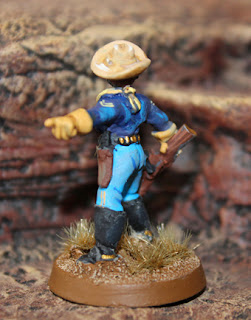 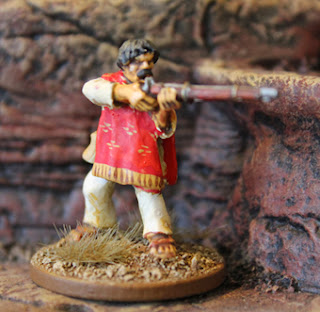 Following another successful outing at Blog Con a number of people have asked for copies , and other supporting material so here you are. 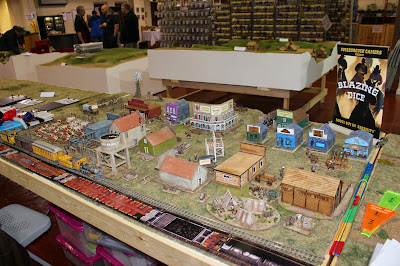 My record sheets use some Western style fonts - you can find these for free at "DAFONT". Just instal them on your PC and away you go - really useful for making signs for your scenery too.

I have shared the basic card packs which you can order from "Artscow" -  (note they do often have money off and free worldwide shipping - try  voucher code PROHO25OFF until the 24th November 2013) you would need to print out and stick on pictures of your own figures . They have frequent offers on which can mean no postage and savings on the card price as well - just register and wait for an email! yI have had packs for as little as £6.00. If you order them individually it gets under the customs import price as well 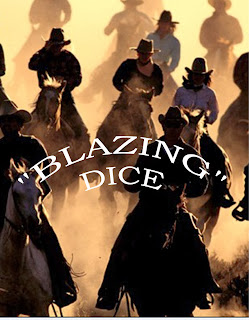 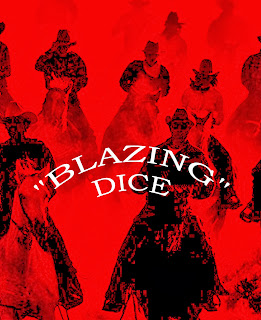 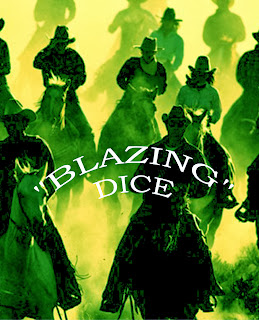 Email ThisBlogThis!Share to TwitterShare to FacebookShare to Pinterest
Labels: Rules

I have been asked to provide some figure comparison shots by the good guys over at the Lead Adventure Forum , so here you go!

All left to right

I will add some more to these as I get them taken
Posted by DaveD at 01:13 2 comments:

Email ThisBlogThis!Share to TwitterShare to FacebookShare to Pinterest
Labels: Manufacturers

This scenario provided some real Hollywood action today. We had 3 players . . The Man With No Name is holed up in the Grand Hotel, with his wanted "alive" prisoner - Bart who he needs to get out of town on the train. Bart's gang 6 of them , 3 at each end of town want to free him. The Pinkertons fresh off the train are also looking for Bart , but have no intention of paying any reward for him.
The gangs moved into town , the Pinkertons head into town looking out for bad guys. At this point the wiley bounty hunter forces his prisoner out the back door of the hotel and around into the undertakers yard.

He bundles Bart into the hearse, looks at the undertaker and says "drive".

The Pinkertons , have found some of the gang , but are still looking for Bart

Meanwhile the Pinkertons and Bart's bandits are busy exchanging fire.

The hearse headed across town, the whip cracking the horses onward, one outlaw was ridden over, failing to notice its approach while exchanging fire with a Pinkerton.

The train whistle was blowing , it would be leaving town shortly. The bounty hunter bundled his prisoner out onto the platform. An outlaw approached. The bounty hunter lifted his pistol, the outlaw panicked at the mere sight of it pointing at him, turning a fleeing.

At this point a battle that had been going on around the stock pen had really spooked the cattle, they broke through the gate at the rear of train, and began to run, initially heading out along the platform, just as the train began to pull away.

The bounty hunter turning and fired into his opponents, wounding them and causing a recovery turn. He forced his prisoner onto the passing passenger car, one Pinkerton and one outlaw made it onto different parts of the train. Bart in a last ditch attempt to save himself tried to push the bounty hunter off the steps of the train, but failed.

There was more chaos as the stampede picked up speed, running down more of Bart's gang.

The bounty hunter moved through the carriage , and shot at the outlaw who had made it onto the steps at the other end of the carriage, who then took fright and jumped off the train. This left only the Pinkerton in the following box car to deal with. The Pinkerton moved to the window and let of a shot - missing. The Man With No Name bit on his cigar, looked down and laughed. He uncoupled the carriage, then fired at the Pinkerton , a head wound.
He would get his reward money after all.

The MNN was played wonderfully by Andy Ainsty (Ainsty Castings, provider of all manner of wargames goodness. A thoroughly enjoyable game.
All in all , a great weekend. We also have invites to FIASCO at Leeds, and next years Triples.
Posted by DaveD at 01:42 No comments:

The cowboys have been out on the road again this weekend with a visit to the Yorkshire Riviera.
Wartorn is in its 3rd year, and coincides with Armed Forces weekend, so a wargames show, with displays by the Red Arrows, a Typhoon , and the Battle of Britain Memorial flight. What more could any gamer want.