I have been working on the game play aids for the Old West.. One key element i like about these games are the "Character/Action Deck" principle. This allows for all sorts of random elements to be brought into play. So in order to improve the look I have had created a bespoke deck of cards for my game "A town called Serenity". I searched around the interweb and found a company in the US (ARTSCOW- probably one in the UK but did not find one) that were able to do bespoke front and backs using my own images for $10.99 plus $8 postage so came in about £12 and delivered in 8 days from ordering , printed and posted from Hong Kong!   The wonders of the modern communication age never cease. 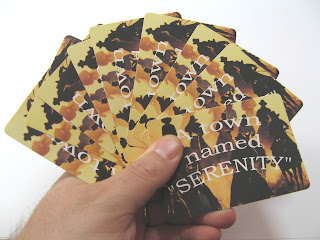 Each miniature in the "Old West" collection now has it 's own card. I photographed them against a white background and bit of simple photoshop later they were suitable to use. The various different gangs and alignments have been added. In addition there are other "Action" cards - the crossed "Colts" allow a character of the correct level to interrupt play etc. The train may arrive - and who knows who will be on that. The Joker when turned ends the turn , and a deck reshuffle takes place. 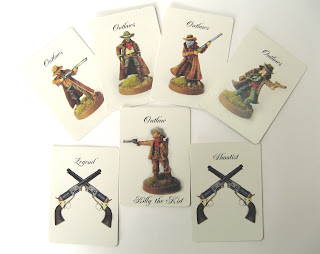 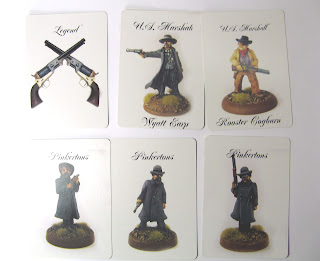 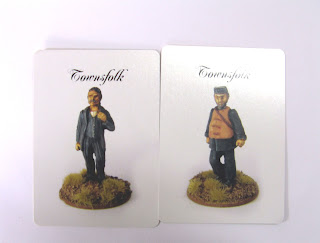 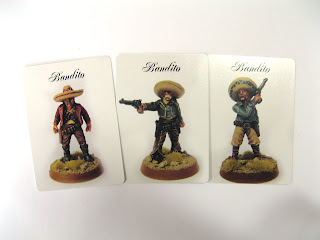 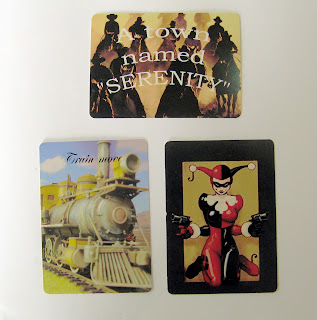 In addition there are other two other bespoke packs for the game. The Green deck , and the Red Deck.They have the same design art work  as the main character/fate deck but are coloured for a different purpose. 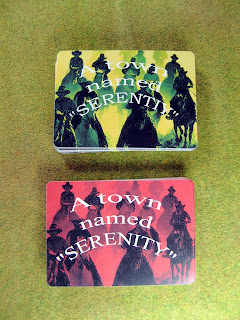 The "Greenback" deck will be used to generate random amounts of money - there is a pack of 54 cards with values from $10 to $100,000 . So for scenarios involving say robbing a train, bank or stage  then the larger denomination cards will be put in. These can be drawn randomly or rolling a dice to see how many to turn over to see the gangs ill gotten gains. 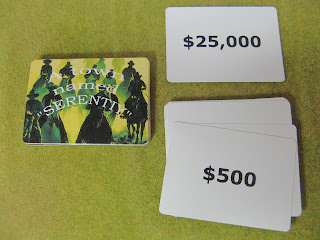 The Red deck is a replacement for the 6 x 6 shooting matrix. I  liked the idea of of shooting effect being done by turn of a card rather then roll of dice. 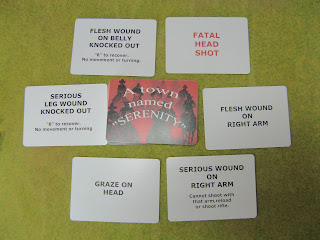